This is some text inside of a div block.
Qui-Gon Jinn

'It matters which side we choose. . . For every action we undertake, for every word we speak, for every life we touch--it matters. I don’t turn toward the light because it means someday I’ll "win" some sort of cosmic game. I turn toward it because it is the light.'

A Jedi with a mind of his own, not blindly following the will of the Jedi Council, Qui-Gon Jinn first leapt off the Theed balcony and into our hearts in 1999. Although only seen in one film, Qui-Gon made a major impact through his mentorship to perhaps the most beloved Jedi of all-time—Obi-Wan Kenobi—and through his bold and controversial stance to train a young Anakin Skywalker in the ways of the Force. Since then, Qui-Gon has gone on to speak through the Force to both Anakin, Obi-Wan, and Yoda in Episodes II, III, and the Clone Wars, respectively. In recent years he has benefitted from a resurgence in interest. Claudia Gray has written a short story about his appearing to Obi-Wan in From a Certain Point of View, and then went on to write the seminal Qui-Gon masterpiece, Master and Apprentice (which we unanimously loved here at Youtini—read our review here). Qui-Gon received his own stellar issue of Marvel’s Age of Republic this year as well.

A closer look at Qui-Gon shows him to be calculating, deeply devoted, and yet roguish. He becomes obsessed with the ancient Jedi prophecies, is closely attuned to the Living Force (the mystical energy field, not the podcast), and he isn’t afraid to go out on a limb to bring in an outcast. He once served as the Padawan under none other than Count Dooku himself, which is explored in glimpses in Master and Apprentice and Dooku: Jedi Lost. On the other side of his Knighthood is his training of Obi-Wan. In addition to Master and Apprentice, the Legends universe has some excellent stories set during this time-span. Phantom Menace prequel Cloak of Deception is a tale of Qui-Gon and Obi-Wan investigating an assassination attempt on Chancellor Valorum and Jude Watson’s TWENTY-book Jedi Apprentice series details this relationship in great detail. Several Legends-era comics cover Qui-Gon as well—Jedi: The Dark Side ties into Jedi Apprentice's darker plotlines, and Last Stand on Old Mantell is a self-contained story of Jinn & Kenobi on a mission to a lawless world.

Qui-Gon may have met his noble end at one of the blades of Darth Maul, but his legacy is large in the hearts of many great Jedi—and many Star Wars fans as well. 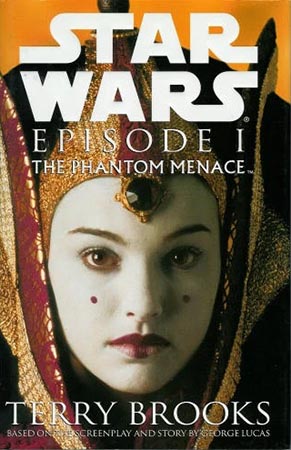 The Sith are a thing of ancient history. Some even question their existence to begin with since not a single one had been seen for centuries. But as a long-awaited prophecy starts to come to fruition, the Jedi will soon learn that their greatest fear is emerging from the shadows.

Soon, they will reveal themselves to the Jedi.

Soon, they will have their revenge. 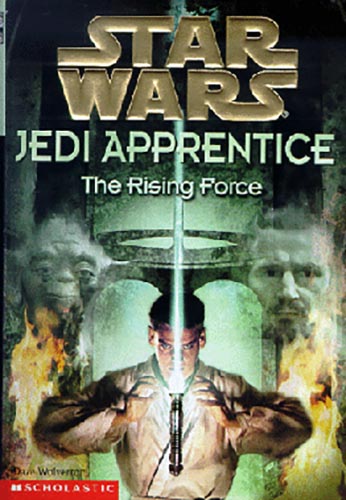 Written by
Dave Wolverton
Artwork by
Cliff Nielsen
Part of the
Jedi Apprentice Series
Okay
6.6
6.6
6.6
#
in the Youtini Reading Order 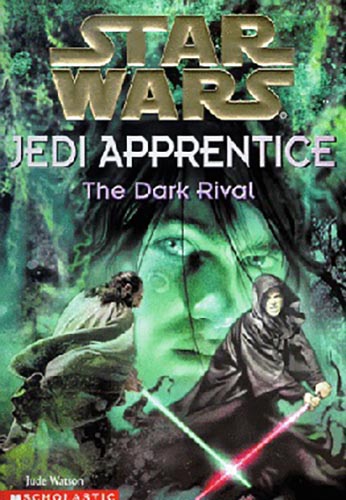 Written by
Jude Watson
Artwork by
Part of the
Jedi Apprentice Series
#
in the Youtini Reading Order
Obi-Wan Kenobi’s future as a Jedi Knight is all but lost. His thirteenth birthday is fast approaching and he has not been chosen by a Master. Qui-Gon Jinn is reluctant to take a new Padawan after his former student, Xanatos, left the Jedi Order. Both find themselves on separate missions to the mining planet, Bandomeer, where darkness shrouds the work of Offworld Corporation, under the control of Xanatos himself.
#
in the Youtini Reading Order 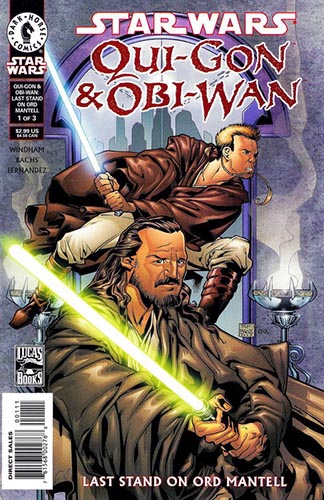 Written by
Ryder Windham
Artwork by
Ramon Bachs
Part of the
Dark Horse Comics Qui-Gon & Obi-Wan Series
#
in the Youtini Reading Order
This three-issue series is a good example of a Prequel-era story of a Master/Padawan Jedi team tasked with a specific mission on a hostile planet. These mostly exist prior to the Clone Wars and are representative of Obi-Wan’s words, “For over a thousand generations, the Jedi Knights were the guardians of peace and justice in the Old Republic. Before the dark times, before the Empire.” Last stand on Old Mantell takes the duo to Order Mantell, a lawless industrial planet also visited in the classic Brian Daley audio drama. They are in search of a missing ship and before their quest is over they must face off against slavers.
#
in the Youtini Reading Order 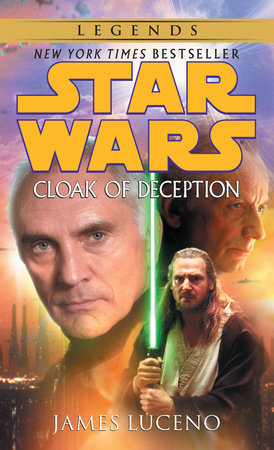 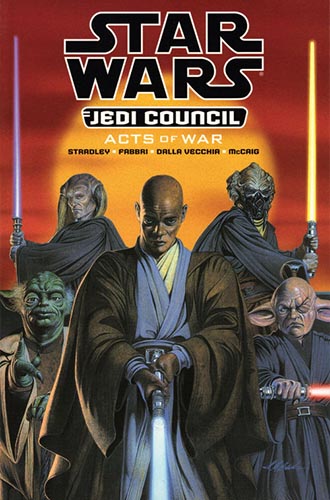 Written by
Randy Stradley
Artwork by
Davidé Fabbri
Part of the
Dark Horse Comics Jedi Council: Acts of War Mini-Series
#
in the Youtini Reading Order
This pre-Phantom Menace series tells the story of the Yinchorri crisis (referenced in Darth Plagueis). The Yinchorri are violently expanding their empire by invading several other planets. Mace Windu and many other prominent Jedi must investigate and preserve peace. But readers soon learn that Darth Sidious had orchestrated the crisis for his own nefarious purposes. . .
#
in the Youtini Reading Order 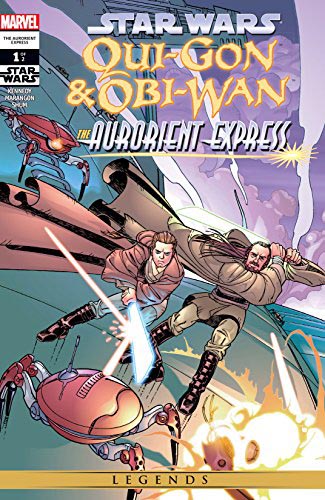 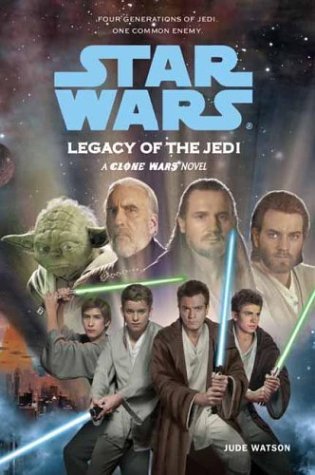 Legacy of the Jedi

Written by
Jude Watson
Artwork by
Part of the
#
in the Youtini Reading Order
Part of the expansive young reader material by Jude Watson in the early days of the Prequel EU, Legacy of the Jedi is a hybrid story with three parts, featuring Dooku across four eras: a young Padawan, a Jedi Master to Qui-Gon Jinn, a disconnected and disheartened Jedi exile, and a Sith Lord entangled with his past and with Obi-Wan and Anakin. We see him first being exposed to the Dark Side, pursuing revenge on a former friend, and finally the merciless and powerful monster facing memories of the past he would rather leave behind. This Legends novel is one of the most unique Star Wars books you’ll find and one that stands out as a great look at Dooku across the timeline.
#
in the Youtini Reading Order 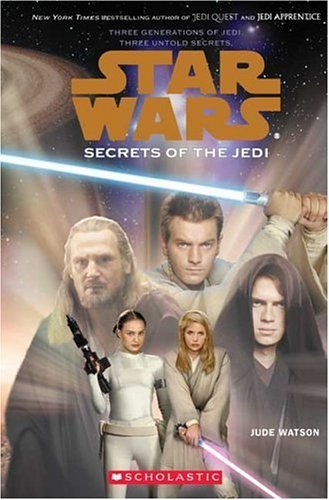 Secrets of the Jedi

Written by
Jude Watson
Artwork by
Part of the
#
in the Youtini Reading Order
Secrets of the Jedi is an essential book in the Jude Watson universe of young reader books. It tells three connected stories about illicit relationships that three Jedi hide: Qui-Gon and Tahl, Obi-Wan and Siri, and Anakin and Padmé. The plot revolves around the Jedi trying to save a young boy and his family from an assassination plot by a gang of bounty hunters. This book should probably be read after reading both the Jedi Apprentice and Jedi Quest series, but you could also enjoy it on its own if you prefer chaos.
#
in the Youtini Reading Order 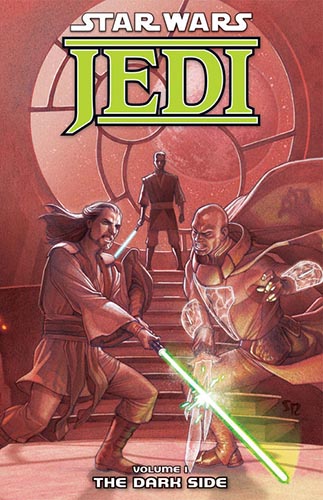 Jedi: The Dark Side

Written by
Scott Allie
Artwork by
Mahmud Asrar
Part of the
Dark Horse Comics Jedi: The Dark Side Mini-Series
#
in the Youtini Reading Order
Tying in closely with the events of the Jedi Academy series, this miniseries explores the backstory of Qui-Gon’s apprentice Xanatos’s fall to the dark side as a mission takes the duo to Xanatos’s home planet of Telos.
#
in the Youtini Reading Order 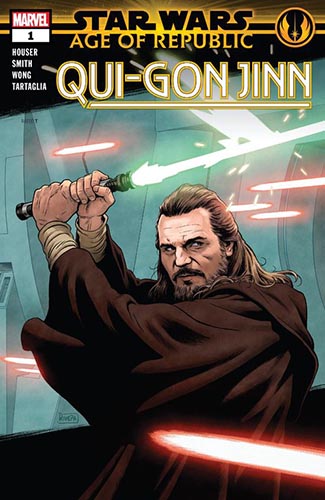 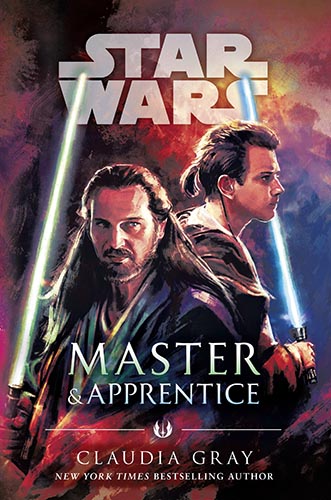 Written by
Claudia Gray
Artwork by
Part of the
Stand Alone Novels
Very Good
9.5
9.5
9.5
#
4
in the Youtini Reading Order 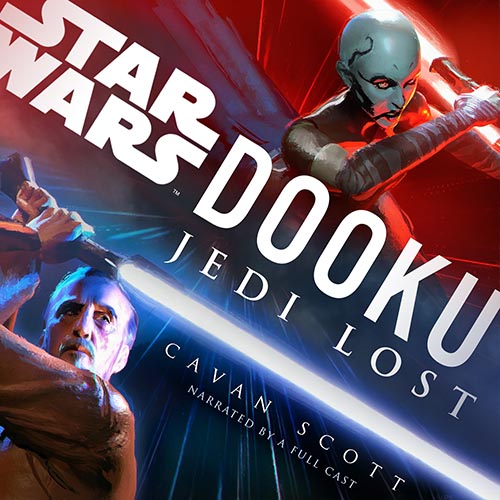