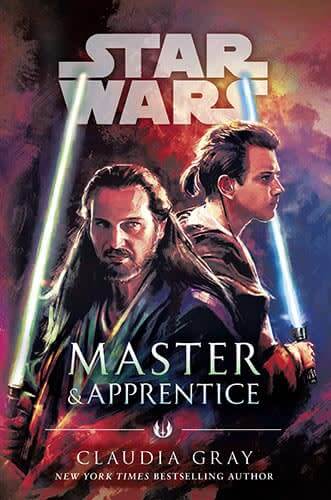 By
Claudia Gray
Released
Apr 16, 2019
Artwork by
Narrated by
Jonathan Davis
Takes place in
39 BBY
In the
Fall of the Jedi
era
Part of the
Stand Alone Novels
Collects
Masterpiece
9.5
9.5
9.5
Claudia Gray delivers a near-perfect addition to EU. A must-read for any fans of Obi-Wan and Qui-gon.
Community Rating
#
4
in the
Youtini Reading Order

An unexpected offer threatens the bond between Qui-Gon Jinn and Obi-Wan Kenobi as the two Jedi navigate a dangerous new planet and an uncertain future.

A Jedi must be a fearless warrior, a guardian of justice, and a scholar in the ways of the Force. But perhaps a Jedi’s most essential duty is to pass on what they have learned. Master Yoda trained Dooku; Dooku trained Qui-Gon Jinn; and now Qui-Gon has a Padawan of his own. But while Qui-Gon has faced all manner of threats and danger as a Jedi, nothing has ever scared him like the thought of failing his apprentice.

Obi-Wan Kenobi has deep respect for his Master, but struggles to understand him. Why must Qui-Gon so often disregard the laws that bind the Jedi? Why is Qui-Gon drawn to ancient Jedi prophecies instead of more practical concerns? And why wasn’t Obi-Wan told that Qui-Gon is considering an invitation to join the Jedi Council—knowing it would mean the end of their partnership? The simple answer scares him: Obi-Wan has failed his Master.

When Jedi Rael Averross, another former student of Dooku, requests their assistance with a political dispute, Jinn and Kenobi travel to the royal court of Pijal for what may be their final mission together. What should be a simple assignment quickly becomes clouded by deceit, and by visions of violent disaster that take hold in Qui-Gon’s mind. As Qui-Gon’s faith in prophecy grows, Obi-Wan’s faith in him is tested—just as a threat surfaces that will demand that Master and apprentice come together as never before, or be divided forever.

Charles Hanckel
Vice President, Podcast Department Coordinator, Podcast Host
Master & Apprentice is everything a Star Wars story should be. It manages to give the reader a new understanding and appreciation of characters who are incredibly important to the saga (in this case, Qui-Gon Jinn and Obi-Wan Kenobi) by placing them in a completely original struggle. Along the way, it explores deep questions about prophecy, the Force, and the role of the Jedi. It is, without a doubt, one of the best Canon novels to be released and that's not likely to change any time soon. What are you still doing here? Stop reading this review and start reading Master & Apprentice now!!! 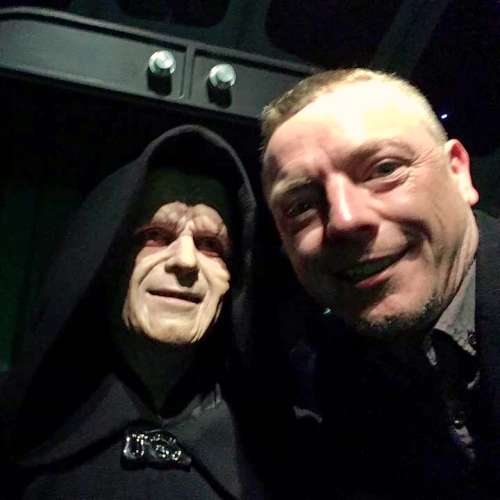 Trevor Davey
Keeper of the Timeline
Another strong entry into the EU from Claudia Gray. Although M&A dosent have the most complex plot, I thoroughly enjoyed the deep dive into the relationship between Qui-Gon and Obi-Wan.

Eric Eilersen
President
Every once in a while, a Star Wars book comes along that not only reinforces my passion for the genre, but also makes me look at my own life in a new way. The journeys taken by the characters illuminate struggles and pathways in my day to day, and as I finish the last page, I feel fulfilled by the story and inspired to apply the lessons of the book in any way that I can. More often than not, these books are written by Claudia Gray. And one of these books is Master & Apprentice.
See More