Have you recovered yet? We are all coming off the ultimate high from the Skywalker Saga and now it’s time to look out into the vastness of open space. New, exciting adventures are awaiting us in 2020, and we cannot wait to share those moments with you! Join Charles and Eric as they give us a rundown on what is to come in 2020 and provide a little preview of each upcoming book release. 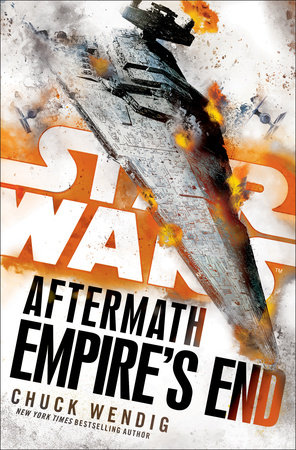 As the final showdown between the New Republic and the Empire draws near, all eyes turn to a once-isolated planet: Jakku.

The Battle of Endor shattered the Empire, scattering its remaining forces across the galaxy. But the months following the Rebellion's victory have not been easy. The fledgling New Republic has suffered a devastating attack from the Imperial remnant, forcing the new democracy to escalate their hunt for the hidden enemy.

For her role in the deadly ambush, Grand Admiral Rae Sloane is the most wanted Imperial war criminal—and one-time rebel pilot Norra Wexley, back in service at Leia's urgent request, is leading the hunt. But more than just loyalty to the New Republic drives Norra forward: Her husband was turned into a murderous pawn in Sloane's assassination plot, and now she wants vengeance as much as justice.

But Sloane, too, is on a furious quest: pursuing the treacherous Gallius Rax to the barren planet Jakku. As the true mastermind behind the Empire's devastating attack, Rax has led the Empire to its defining moment. The cunning strategist has gathered the powerful remnants of the Empire's war machine, preparing to execute the late Emperor Palpatine's final plan. As the Imperial fleet orbits Jakku, an armada of Republic fighters closes in to finish what began at Endor. Norra and her crew soar into the heart of an apocalyptic clash that will leave land and sky alike scorched. And the future of the galaxy will finally be decided. 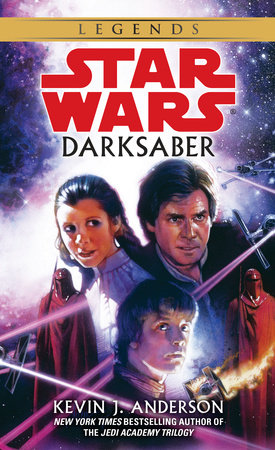 Luke Skywalker and Han Solo, cloaked by the Force and riding with the hostile Sand People, have returned to the dunes of the desert planet Tatooine in hopes of finding what Luke so desperately seeks: contact with Obi-Wan Kenobi. Luke is hoping the old Jedi Knight's spirit will tell him how to help his love, Callista, regain her lost ability to use the Force. Tormented and haunted, Luke cannot rest until Callista is a Jedi in the fullest sense, for only then will the link between their minds and souls be restored. Yet brewing on Tatooine is news that will shake Luke and Han and threaten everything they value.

The disturbing piece of information is that the evil Hutts, criminal warlords of the galaxy, are building a secret superweapon: a reconstruction of the original Death Star, to be named Darksaber. This planet-crushing power will be in the ruthless hands of Durga the Hutt -- a creature without conscience or mercy.

But there is worse news yet: the Empire lives. The beautiful Admiral Daala, still very much alive and more driven than ever to destroy the Jedi, has joined forces with the defeated Pellaeon, former second in command to Grand Admiral Thrawn. Together they are marshaling Imperial forces to wipe out the New Republic.

Now, as Luke, Han, Leia, Chewbacca, Artoo and Threepio regroup to face these threats, they are joined by new Jedi Knights and Callista. Together they must fight on two fronts, outshooting and outsmarting the most formidable enemies in the galaxy. In Darksaber the Jedi are heading for the ultimate test of their power--a test in which all the temptations of the dark side beckon. And Luke Skywalker must draw upon his innermost resources to fight for a world in which he can not only live, but dare to love. 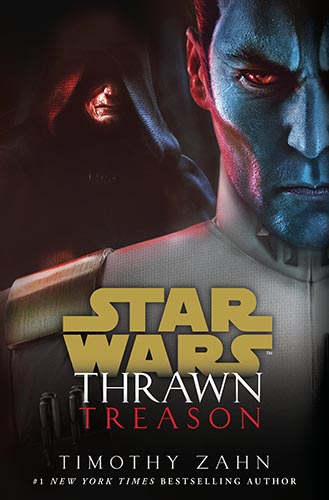 Witness the epic final chapter of the Skywalker saga with the official novelization of Star Wars: The Rise of Skywalker, including expanded scenes and additional content not seen in theaters!

The Resistance has been reborn. The spark of rebellion is rekindling across the galaxy. But although Rey and her fellow heroes are back in the fight, the war against the First Order, now led by Supreme Leader Kylo Ren, is far from over.

Rey, Finn, Poe, and the Resistance must embark on the most perilous adventure they have ever faced. And this time, they're facing it together. With the help of old friends, new allies, and the mysterious guidance of the Force, the story that began in Star Wars: The Force Awakens and continued in Star Wars: The Last Jedi reaches an astounding conclusion. 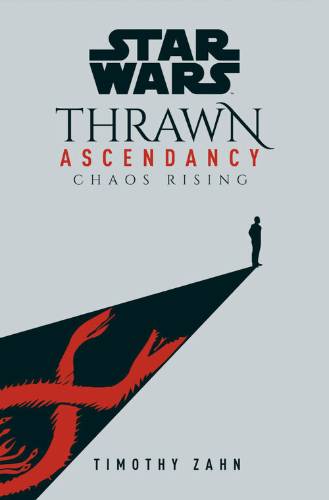 The first book in a new trilogy set before Thrawn traveled to the Empire and became a Grand Admiral. Journey to the Unknown Regions and learn more about Thrawn's origins and his home: The Chiss Ascendancy. 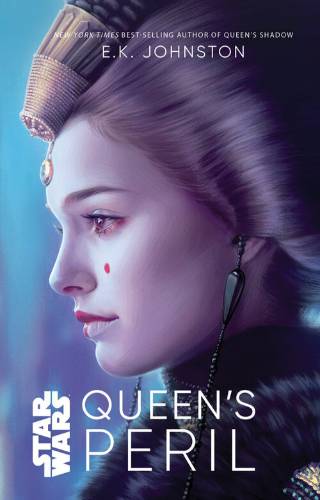 Queen's Peril is an upcoming canon young-adult novel written by E. K. Johnston. It will be published by Disney–Lucasfilm Press on May 5, 2020. The book will be set prior to Star Wars: Episode I The Phantom Menace, just after Padmé Amidala has been elected Monarch of Naboo. 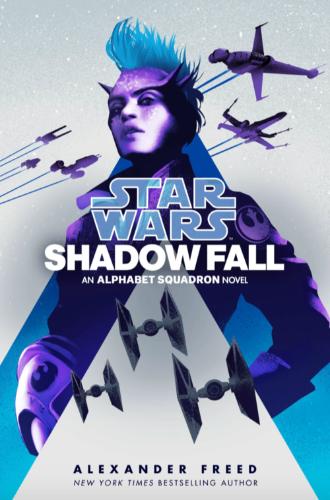 After their narrow victory over Shadow Wing, Alphabet Squadron is on the attack, hunting their adversaries within the Imperial Remnant. Shadow Wing is desperate for direction and leadership—and they find both in the iron will of Major Keize, their former commander and Yrica Quell's one-time mentor. As battle lines blur, Alphabet Squadron finds itself not only fighting their resurgent foes, but their leader's own deadly shadow. 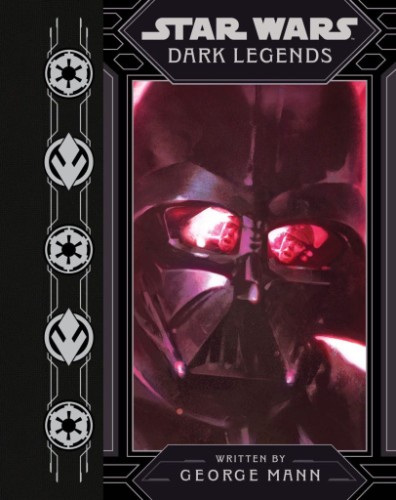 Read on if you dare! This unique in-world collection hallows the spooky tales and ghost stories that would have kept young Luke and Leia up at night. Created by George Mann and Grant Griffin--the same team behind the stunning Star Wars: Myths & Fables--these six frightful fables have been carefully woven from the expansive fabric that is the Star Wars galaxy (including the thrilling landscape from Galaxy's Edge at Disneyland and Disney World), and beautifully painted in a lush illustrative style that feels intergalactic yet innately archetypal and timeless. 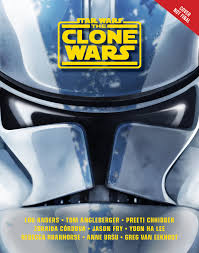