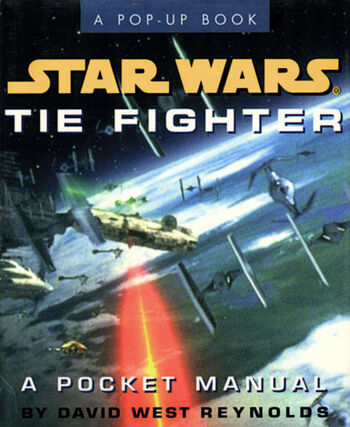 Join the Emperor's squadrons and crush the Rebellion throughout the galaxy!

Here is a pocket guide to the TIE Space Superiority Starfighter, the unparalleled lethal enforcer of the Imperial Navy. Discover the inner workings of the craft—from its innovative design to its devastating weapons system—and learn about its battle history and the newest prototype field-tested by Lord Vader himself.

Inside are three pop-up tactical diagrams of the TIE fighter in action—including an amazing three-dimensional fold-out of the craft in flight—and more than 20 photographic stills from the Star Wars Trilogy Special Edition movies.

Prepare to launch into battle and defend the Galactic Empire from all who dare to challange the Emperror's iron will!