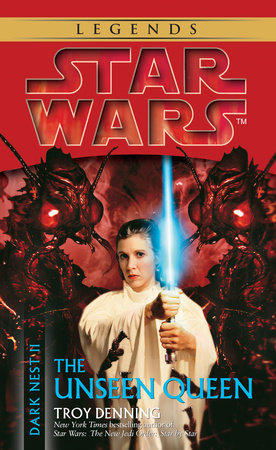 Publisher's SummaryBooks in this SeriesYoutini ReviewVideo ReviewStaff ReviewsCommunity ReviewsVideosCollections
Troy Denning pulls out all the sci-fi stops in his Dark Nest trilogy. The Dark Nest, harboring thieves and pirates and plotting to assassinate Mara Jade, must be stopped. The Unseen Queen makes the war personal. Jaina and Zekk struggle to break free of the Killiks’ influence, the Jedi find themselves at odds with the government they’re sworn to serve, Luke and Leia learn more about the events surrounding the downfall of their parents and the truth of Order 66, and Jacen takes an irrevocable step down the dark path as he gets tangled up in family drama on Hapes and is targeted by the Dark Nest.

The epic Star Wars odyssey enters a new frontier as the heroes of the New Jedi Order confront a monstrous evil-insidious, unseen, and insatiable....

Though the insectoid Killiks have been given new worlds, they have not found peace yet. Their new colonies are under attack from a mysterious foe and the furious Killiks blame the Jedi. Racing back to the Unknown Regions to investigate, the Skywalkers and Solos discover a threat more familiar and terrifying than they had ever expected. Worse, the Dark Nest wants to kill Mara Jade. Will Jacen's apocalyptic vision create yet another galactic war or prevent one? Most mysterious and deadly of all, the Killiks are hiding a deadly secret.

To find out, Luke, Mara, Han and Leia must embark on a perilous journey into the unknown void between right and wrong. For a strange yet devastating dispute is about to explode into chaos, pitting Jedi against each other and threatening the galaxy itself. 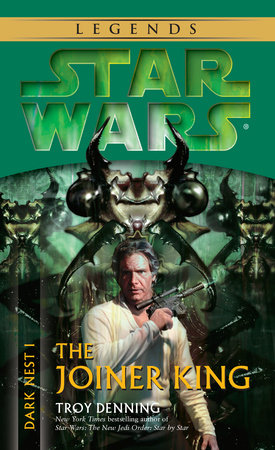 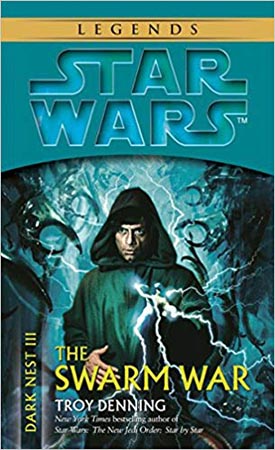