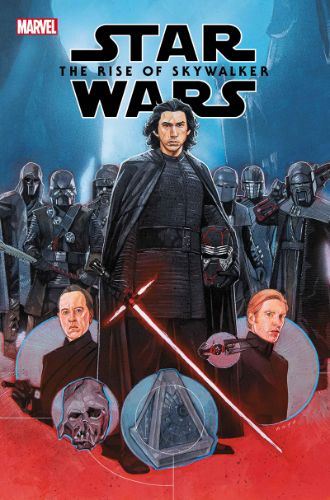 The Rise of Skywalker Adaption #1

INCLUDES UNREVEALED STORY! FROM BEYOND THE OUTER RIM, AN OLD ENEMY RETURNS! REY and the RESISTANCE set out on a desperate quest to stop the threat of the FINAL ORDER! Can they succeed where Jedi Master LUKE SKYWALKER himself failed? And what is KYLO REN’S real goal in partnering with the resurrected PALPATINE? Jody Houser (TIE FIGHTER) and Will Sliney (THE RISE OF KYLO REN) adapt the landmark Skywalker saga, featuring extended and deleted scenes!