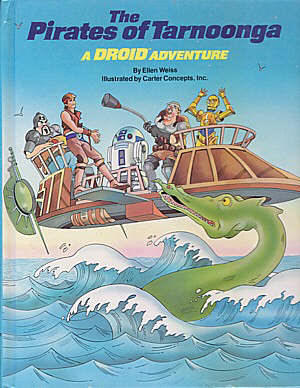 The Pirates of Tarnoonga: A Droid Adventure

R2-D2 and C-3PO match wits with the evil space pirate Kybo Ren as they rush to the aid of their new friend, King Julpa, whose planet is being threatened by the pirates