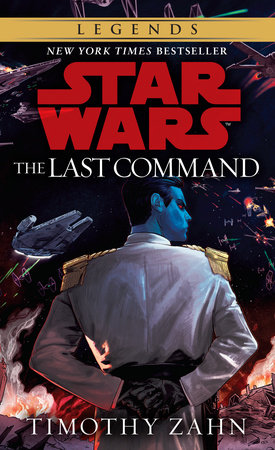 Grand Admiral Thrawn and his Imperial remnants make their final push to regain control of the galaxy with a strike at the very heart of the New Republic. As Leia struggles to hold government—and her family—together, Han and Chewbacca go on a mission to rally their fellow smugglers to the cause. As Luke returns to lend his help, it quickly becomes apparent that his most daunting challenge still lies ahead: confronting the darkness in himself.

Zahn rounds out this triumphant trilogy with a final chapter that worthy of its predecessors. Readers who have followed Thrawn’s story to this point will be riveted until the final pages that give a fitting end to one of the most formidable villains Star Wars fans have ever known.

The embattled Republic reels from the attacks of Grand Admiral Thrawn, who has marshaled the remnants of the Imperial forces and driven the Rebels back with an abominable technology recovered from the Emperor's secret fortress: clone soldiers. As Thrawn mounts his final siege, Han and Chewbacca struggle to form a coalition of smugglers for a last-ditch attack against the empire, while Leia holds the Alliance together and prepares for the birth of her Jedi twins.

Overwhelmed by the ships and clones at Thrawn's command, the Republic has one last hope: sending a small force, led by Luke Skywalker, into the very stronghold that houses Thrawn's terrible cloning machines. There a final danger awaits, as the Dark Jedi C'baoth directs the battle against the Rebels and builds his strength to finish what he had already started: the destruction of Luke Skywalker. 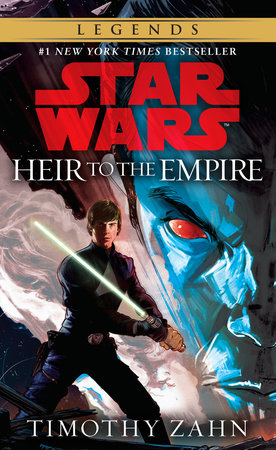 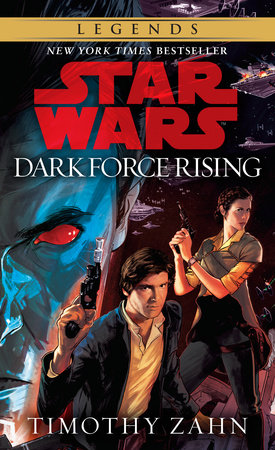 Charles Hanckel
Vice President, Podcast Department Coordinator, Podcast Host
The Last Command, as the name suggests, is the final installment of Timothy Zahn's Thrawn Trilogy. All of the moving pieces of the story from the first two books come to a head. Thrawn's plan for galactic domination moves into its endgame, Luke must deal with the darkness that still resides in him, and the entire team of heroes have to ready themselves for what the future holds for the New Republic. If you've made it to this point in the Thrawn trilogy, you absolutely have to finish it!

Eric Eilersen
President
The Last Command finishes off the Thrawn Trilogy with every bit of epic storytelling that you could imagine. The scope of the novel is vast, but the intimate character moments still land beautifully. If I had any gripe, it's that I was so invested in the story between Luke & Mara that I couldn't bear to leave them for the numerous other storylines that were going on. The Last Command is a dense read that truly feels like a victorious achievement when you finally finish.