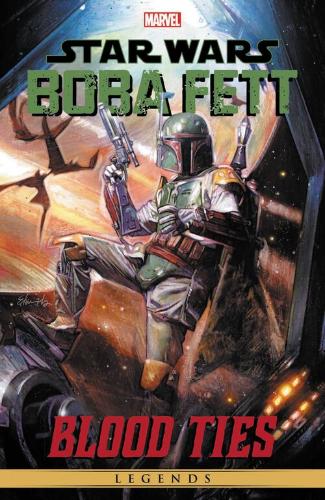 The galaxy's most feared bounty hunter blazes into the spotlight! Years ago, Boba Fett's father Jango took on an important mission with a big payday. But things went awry, and now Boba must pick up the pieces! Then, a rumor spreads that Boba Fett is dead — but who is picking off his "killers" one by one? Can the son of one of Jango Fett's clones learn the truth? Plus, Boba takes on big bounties, battles the Empire and faces down an imposter in more tales of the fan-favorite in the Mandalorian armor!