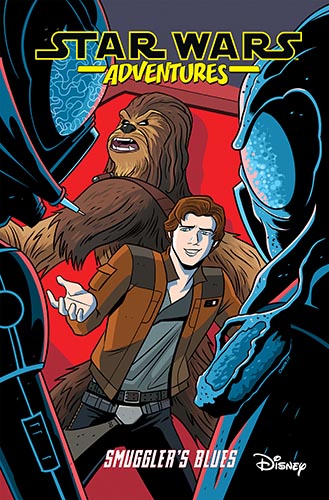 IDW's Star Wars Adventures continues its fantastic run with these Solo tie-in issues. Han and Chewie have to lie, charm, outrun, outsmart, and outshoot their way out of countless tight spots as they make their way through the galaxy. Bounty Hunters Zuckuss and 4-LOM even get their fifteen minutes of fame in these fast-paced, incredibly well-written stories for all ages.

Feared bounty hunters Zuckuss and 4-LOM are hot on the heels of the most notorious scoundrels in the galaxy, Han Solo and Chewbacca! To evade their pursuers, Han and Chewie will risk landing on an mysterious planet that somehow shuts down all electronics. With the Millennium Falcon unable to take off, how will the boys escape? Written by Cavan Scott with art by Derek Charm. Plus, a Lando Calrissian story by Elsa Charretier and Pierrick Colinet, and Jaxxon makes his Star Wars canon debut! 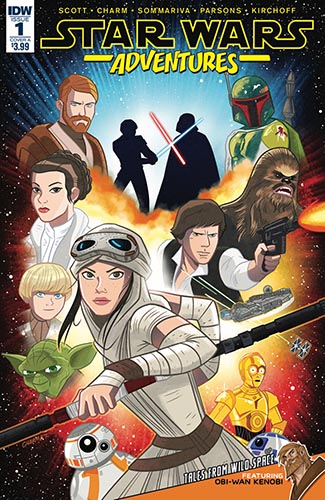 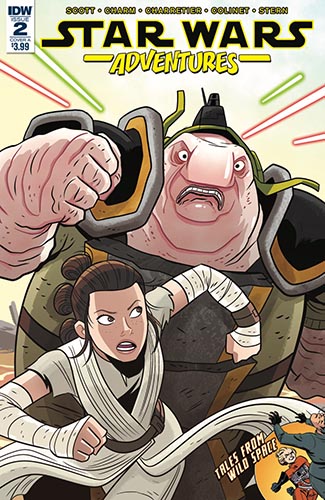 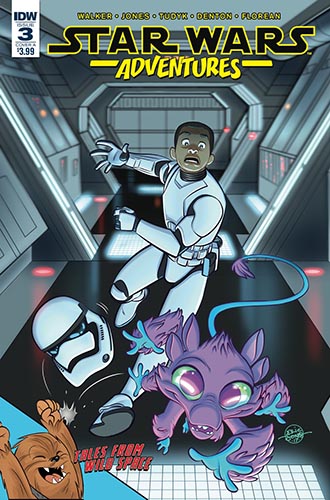 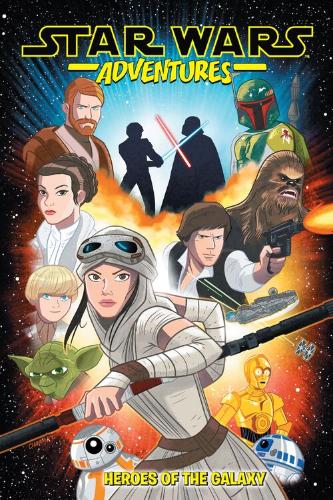