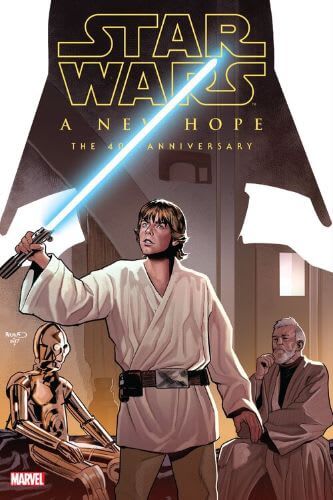 By
Jess Harrold
Released
Apr 17, 2018
Artwork by
Various
Narrated by
Takes place in
0 ABY
In the
Rebellion
era
Part of the
Dark Horse Comics A New Hope: The Special Edition mini-series
Collects
Community Rating
#
in the
Youtini Reading Order

Star Wars: A New Hope — The 40th Anniversary is a trade paperback, which collects all 48 special 40th anniversary variant cover, which Marvel Comics is releasing with various issues throughout the year of 2017. The covers are compiled in a way, that they graphicly tell the story of Star Wars: Episode IV A New Hope, with extras like sketches and commentaries from the artists. It also included a reprint of the first issue of Marvel's original Star Wars series. Celebrate the 40th anniversary of Star Wars: A New Hope! This deluxe edition collects all of Marvel's 40th anniversary cover art retelling the story of A New Hope — as illustrated by some of the industry's most gifted artists, including Stuart Immonen, Adi Granov, Kevin Wada, Terry Dodson, Stephanie Hans and more! Extras include sketches and pencils, commentary, essays and the original Star Wars #1 from 1977 that began Marvel's adaptation of the saga! 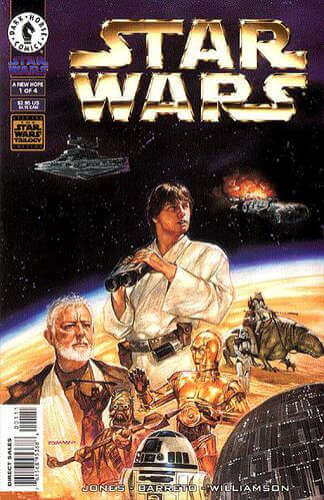 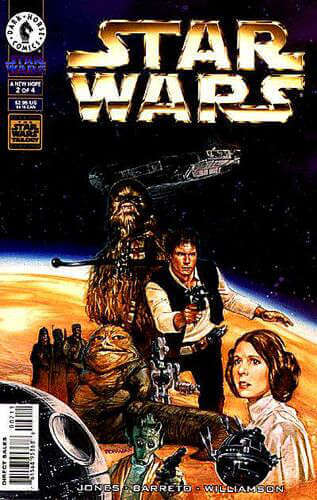 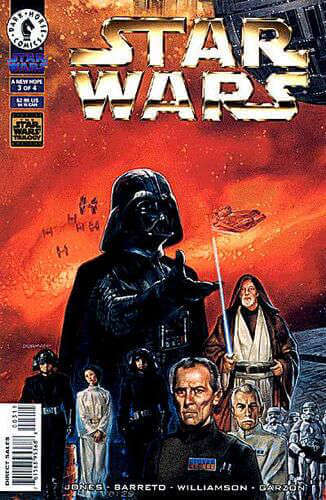 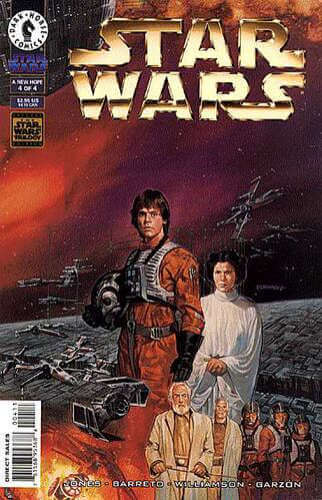