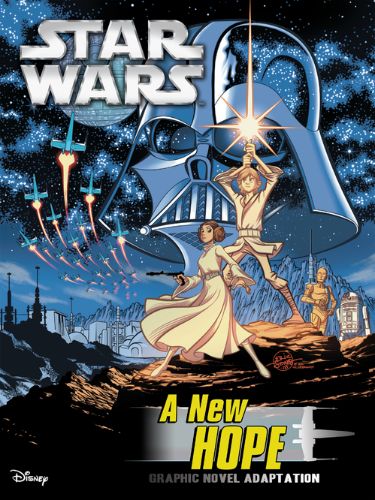 Star Wars: A New Hope Graphic Novel Adaptation is a graphic novel adapting the events of the movie of the same name. It was published by IDW Publishing on September 18, 2018. The paperback volume comprises 72 pages and is intended for children. It was previously published in Star Wars: The Original Trilogy – A Graphic Novel by Disney–Lucasfilm Press.

Faithfully bringing events from the film to the comics page, read along as Luke Skywalker embarks on his destiny, Princess Leia confronts Darth Vader, and the Rebellion fights for the fate of the galaxy! The saga that has mesmerized us for more than 40 years begins again, right here!

Capturing the galaxy-spanning action of A New Hope, experience Episode IV as a beautiful graphic novel combining the epic wonder of Star Wars with the streamlined, young-readers friendly designs of Disney animation. This all-ages graphic novel is a must-read for longtime fans and a great introduction for newcomers! 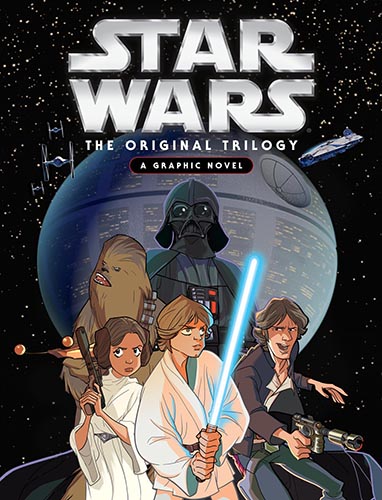 Everyone's favorite tale of good versus evil takes on a whole new look in this graphic novel! Join Luke Skywalker, Han Solo, Princess Leia, Darth Vader, and the rest of the heroes and villains from a galaxy far, far away in this graphic novel collection that retells the original three Star Wars films: A New Hope, The Empire Strikes Back, and Return of the Jedi. You'll experience the saga in a way you never have before!