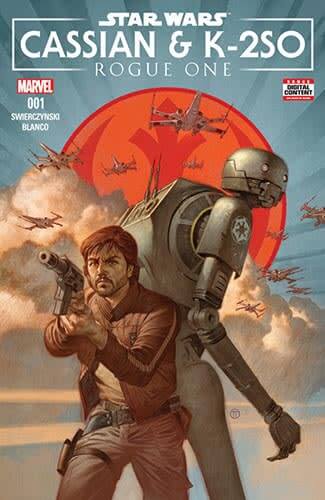 By
Duane Swierczynski
Released
Aug 9, 2017
Artwork by
Fernando Blanco, Julian Torino Tedesco
Narrated by
Takes place in
1 BBY
In the
Age of Rebellion
era
Part of the
Rogue One: A Star Wars Story Series
Collects
Community Rating
#
in the
Youtini Reading Order

Publisher's SummaryBooks in this SeriesYoutini ReviewVideo ReviewStaff ReviewsCommunity ReviewsVideosCollections
Rogue One introduced two dynamic partners to the Rebel Alliance: a morally grey spy who will do whatever it takes to get the job done and a former imperial spy Droid who says wherever is on his mind without a second thought about how his painfully honest remarks will be received. This comic is the story of how their partnership began. Looking forward to the new Cassian and K2 Disney+ TV show? Start here!

Cassian Andor is one of the top intelligence agents in the ranks of the Rebel Alliance, ably assisted by his reprogrammed Imperial security droid, K-2SO. But naturally, the two weren't always on the same side of the Galactic Civil War. Now, for the first time, read the story of the pair's first contentious meeting! It is very likely not to go well. 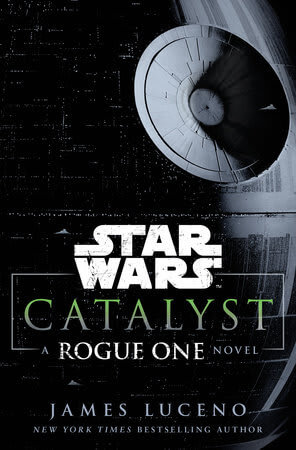 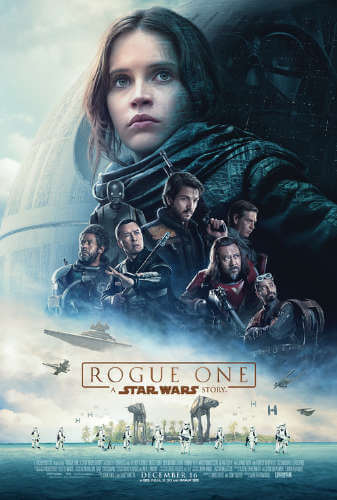