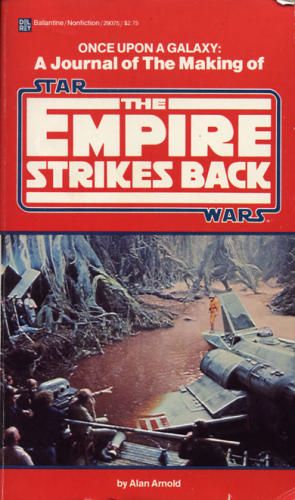 Once Upon a Galaxy: A Journal of the Making of The Empire Strikes Back

By
Alan Arnold
Released
Aug 12, 1980
Artwork by
Narrated by
Takes place in
In the
era
Part of the
Making of Star Wars Collection
Collects
Community Rating
#
1025
in the
Youtini Reading Order

Once Upon a Galaxy: A Journal of the Making of The Empire Strikes Back is a 1980 book by Alan Arnold that chronicles the production of Star Wars: Episode V The Empire Strikes Back. The 277-page book from Del Rey contains an additional 32 pages of black and white behind the scenes photographs. Del Rey has announced that in 2010, they will release a new book titled The Making of The Empire Strikes Back to celebrate the film's 30th anniversary.[1] Previously, Jonathan W. Rinzler (author of The Making of Star Wars) has indicated that if he was to work on books for the sequel films, the approach would be to take the original books and "fill in the gaps" with additional text. "Then we'd throw in tons of the photos and documents that have never been seen before. From frozen locations on the glaciers of Norway to the huge, specially built London set that houses a life-size model of the Millennium Falcon—the complete, behind-the-scenes story of the making of the thrilling new chapter in the amazing Star Wars saga From the very first shots to the final cast wrap-up party—a spellbinding day-by-day journal… In-depth interviews with all the major players—their views on their careers and on the characters they portray Conversations with the producer, director, and the special-effects wizards who have revolutionized the film industry and created one of the most dazzling, believable space fantasies of all time Extraordinary candid interviews with George Lucas, the mastermind behind the creation of this amazing universe as he reflects on his work and offers hints about future episodes 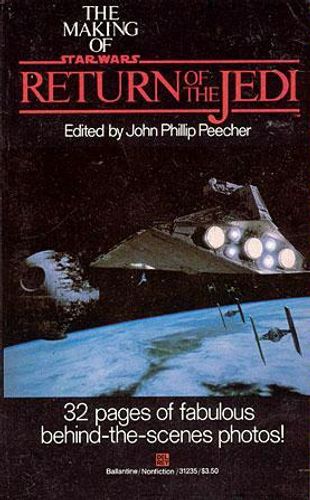