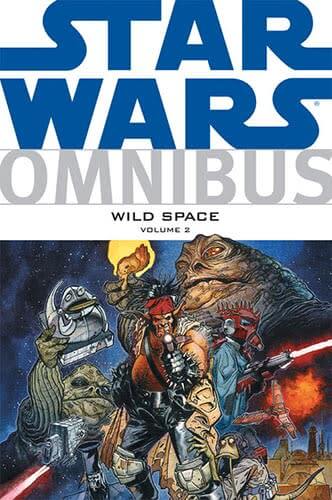 Publisher's SummaryBooks in this SeriesYoutini ReviewVideo ReviewStaff ReviewsCommunity ReviewsVideosCollections
This Dark Horse comics omnibus features stories written and drawn by Episode III concept-artists in Star Wars Visionaries (including the backstory on General Grievous by his original designer Warren Fu). It also has a substantial amount of material about Tag, Bink, and Jabba the Hutt!

A second omnibus filled with rare Star Wars gems! Get your adventure on with Jabba the Hutt, Han Solo, and Lando Calrissian, and stomp on Star Wars with Mark Evanier and Sergio Aragonés! Plus, unreal tales from the concept artists behind Episode III, and podracing fun with young Anakin Skywalker!