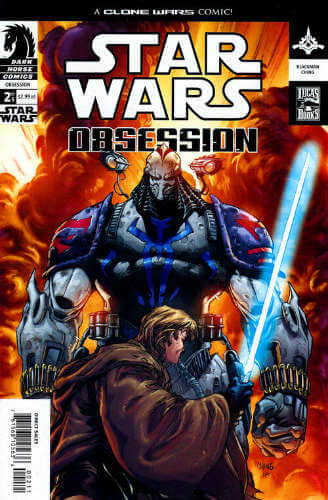 Obsession 2 is the second issue of the Star Wars Legends comic book miniseries Star Wars: Obsession. It was written by W. Haden Blackman, illustrated by Brian Ching, and first published on December 29, 2004 by Dark Horse Comics. The issue is part of the Clone Wars multimedia project, and its story is set around 20 BBY, approximately five months before the events of Star Wars: Episode III Revenge of the Sith. Consumed by the belief that the dark Jedi Asajj Ventress still lives, Obi-Wan Kenobi has temporarily forsaken the Clone Wars and recruited Anakin Skywalker in his desperate hunt for Ventress. But Anakin still believes that Obi-Wan is chasing a ghost—and he should know, because he himself killed Ventress. And Anakin's doubts are not assuaged when, following the trail of the rumors of Ventress' existence, they walk into a trap set by their old enemy, the bounty hunter Durge! 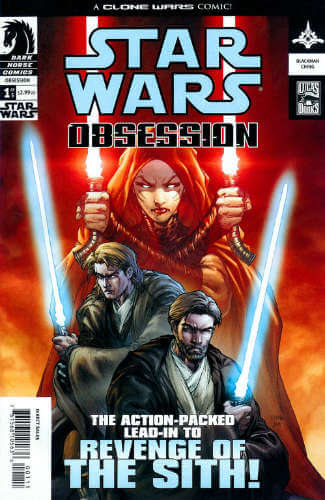 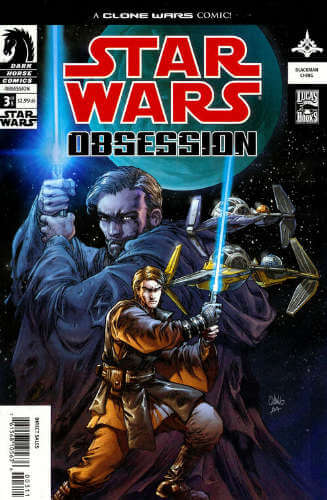 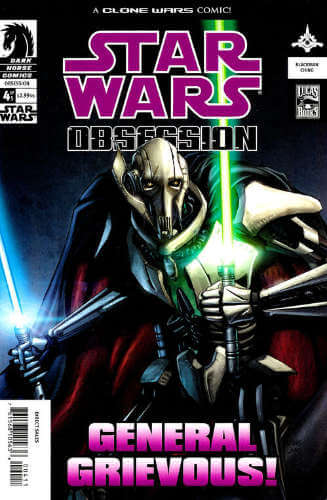