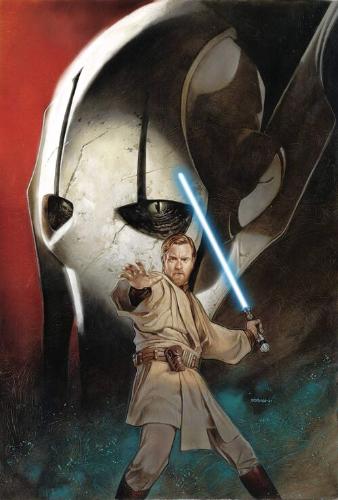 By
Dave Dorman
Released
May 31, 2022
Artwork by
Various
Narrated by
Takes place in
20 - 19 BBY
In the
Clone Wars
era
Part of the
Epic Collection
Collects
*see book profile for details
Community Rating
#
in the
Youtini Reading Order

The Sith have their revenge! The Jedi are spread thin across the galaxy battling separatist armies, as Palpatine and his apprentice Count Dooku scheme to destroy the Jedi Order once and for all. But Darth Maul has returned — and targeted both sides of the conflict! Meanwhile, Obi-Wan Kenobi has done all he can to guide his former student, Anakin Skywalker — but a dark destiny awaits. As the Clone Wars reach their tragic, inevitable conclusion, witness the fates of Quinlan Vos and Aayla Secura — and the birth of Darth Vader!