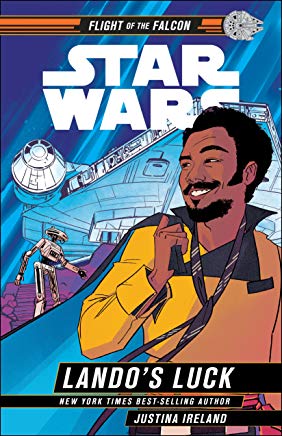 By
Justina Ireland
Released
Oct 2, 2018
Artwork by
Narrated by
Takes place in
12 BBY
In the
era
Part of the
Flight Of The Falcon Series
Collects
Community Rating
#
in the
Youtini Reading Order

Publisher's SummaryBooks in this SeriesYoutini ReviewVideo ReviewStaff ReviewsCommunity ReviewsVideosCollections
Part of the Flight of the Falcon publishing program, tying into both Solo and Galaxy's Edge, Lando's Luck is a fun story about Lando caught in a moral dilemma. He's tasked with delivering the Solstice Globe—a renewable energy source—to the Empire, but a stowaway princes pleads with him to save her people instead.

When Lando Calrissian gets caught smuggling on the planet Hynestia, the queen agrees to let him go if he delivers something called the Solstice Globe to the Empire on her behalf. Lando is relieved that his punishment is a simple delivery mission-but he soon discovers things are not as simple as they seem. The queen's daughter, Princess Rinetta, has stowed away on the Millennium Falcon and demands Lando and L3-37 take the globe back to its home planet, which needs the globe to survive. Now Lando has to choose: Do what's right, or do what's best for Lando. But if he's lucky enough, he just might be able to do both....

View the entire
Flight Of The Falcon Series 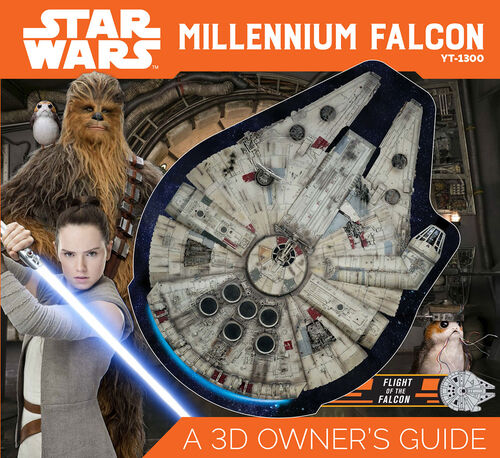 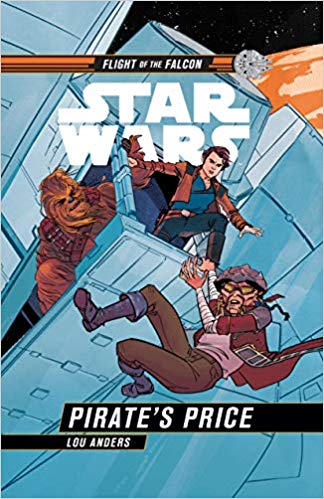