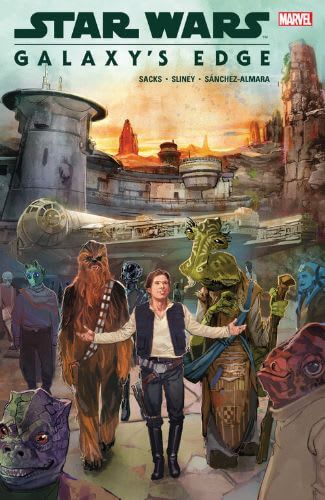 By
Ethan Sacks
Released
Nov 5, 2019
Artwork by
Will Sliney
Narrated by
Takes place in
35 ABY
In the
Rise of the First Order
era
Part of the
Marvel Comics Galaxy's Edge Mini-Series
Collects
Galaxy's Edge #1-5
Community Rating
#
in the
Youtini Reading Order

Publisher's SummaryBooks in this SeriesYoutini ReviewVideo ReviewStaff ReviewsCommunity ReviewsVideosCollections
Dok-Ondar is a merchant of rare antiquities in Black Spire Outpost, a lawless port on the Outer Rim world of Batuu where smugglers, merchants, and travelers from all over the galaxy come to trade on the black market. The Infamous Ithorian has made a name for himself dealing in secrets and coordinating shady jobs, but when three outlaws come looking for a dangerous relic in his possession even as First Order troops occupy the streets in search of the Resistance, he knows trouble has truly come to the spires. With the fate of the outpost at stake, the key to its saving might just lie in the past with an old job once pulled by none other than Han Solo and his partner Chewbacca.

A thrilling call to adventure on the very edge of the galaxy! Black Spire Outpost has long been frequented by smugglers, merchants and travelers from every system looking to make their score on the infamous black market - or experience exotic thrills only the remote world of Batuu has to offer. Beings like the infamous Dok-Ondar, proprietor of rare antiquities, thrive on the unique opportunities that abound on this lawless outpost at the edge of Wild Space. But the First Order has come to Batuu - and now its survival is at stake! The road to Black Spire's salvation begins in the past...with a job that Han Solo and Chewbacca once pulled for Dok-Ondar. The newest chapter of the growing Star Wars saga begins with this riveting comic adventure tie-in to the theme park! 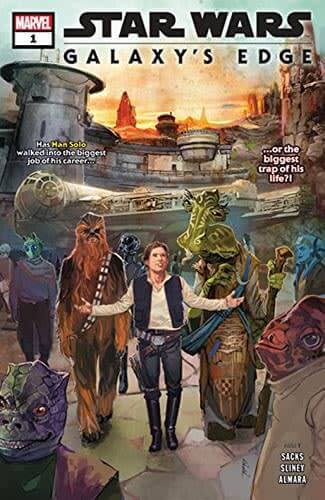 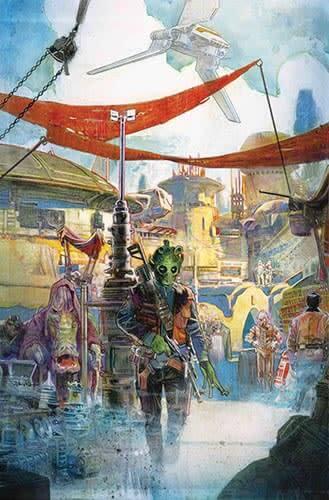 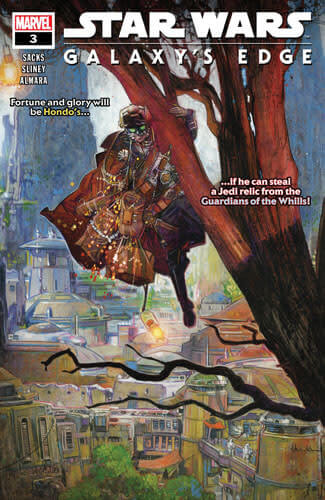 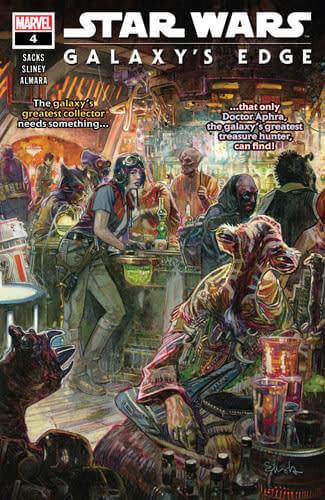