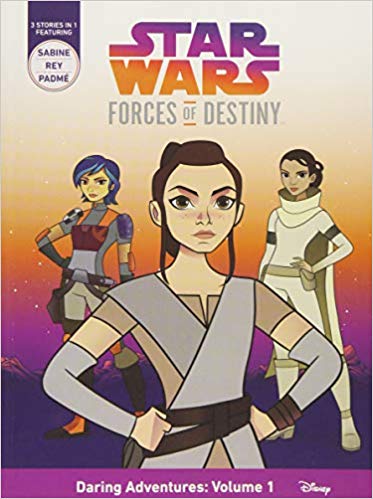 Based on the all-new animated micro-series spotlighting some of Star Wars' greatest heroes! Three exciting adventures featuring the heroic Rey, Sabine Wren of Star Wars Rebels, and Senator Padmé Amidala! Includes introductions by Maz Kanata and art from the series.