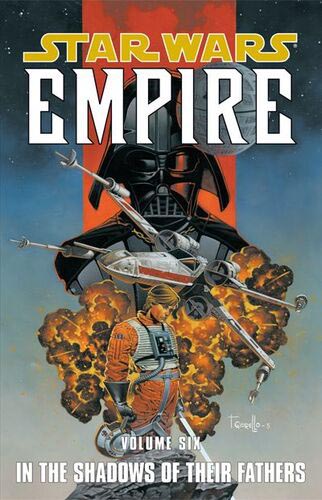 Empire Volume 6: In The Shadows Of Their Fathers

Luke Skywalker confronts the legacy of the Jedi father he never knew in an epic story involving Princess Leia, Darth Vader, and the fate of an entire planet!

When Luke and Leia travel to Jabiim recruiting allies for the fledgling Rebellion, they unwittingly set into motion events that will ignite one man's betrayal of his people, pit rebel hero against rebel hero, and attract the attention of the Empire's deadliest enforcer—Darth Vader!

This action-packed tale sheds new light on Anakin Skywalker's actions at the Battle of Jabiim during the Clone Wars.