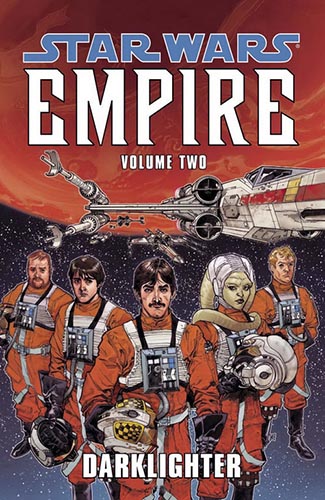 Writer Paul Chadwick has resurrected scenes that were shot for Star Wars: A New Hope, but which ended up on the cutting room floor, and extrapolated from them the life and times of Luke Skywalker's best friend; and artist Doug Wheatley has produced stunning artwork for one of the most acclaimed Star Wars comics stories ever. An essential companion to A New Hope, and an exciting addition to any Star Wars library!

Also included: "Star Wars: Empire: The Short, Happy Life of Roons Sewell," by Chadwick and artist Tomás Giorello. A revealing look at one of the early leaders of the Rebel Alliance; a man haunted by a dark past and driven to a heroic, but self-destructive fate.