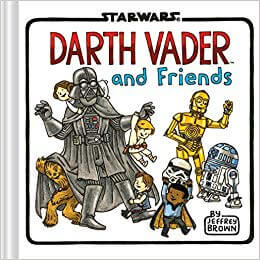 Publisher's SummaryBooks in this SeriesYoutini ReviewVideo ReviewStaff ReviewsCommunity ReviewsVideosCollections
Darth Vader and Friends is the fourth book in Jeffrey Brown's Darth Vader and Son series. It was released on April 28, 2015. The title takes a humorous look at friendships within the Star Wars franchise.

In this funny and sweet new book in the bestselling Darth Vader™ series, Eisner Award–winning author Jeffrey Brown offers an intimate look at the friendships between best pals in the Star Wars universe, from Darth Vader and the Emperor to Leia and her Ewok pals, Han and Chewie, C-3PO and R2-D2, the bounty hunters, and other favorite characters. Jealousy, birthday parties, lightsaber battles, sharing, intergalactic rebellion and more all come into play as Brown's charming illustrations and humor irresistibly combine the adventures of our friends in a galaxy far, far away with everyday events closer to home. 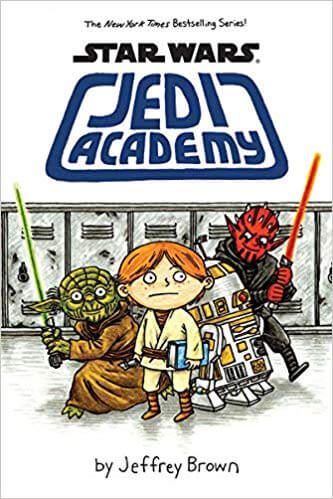