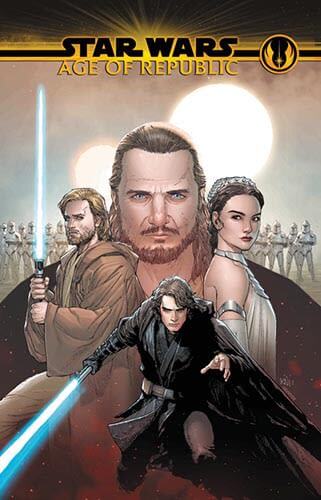 By
Jody Houser
Released
May 14, 2019
Artwork by
Luke Ross
Narrated by
Takes place in
34 BBY - 21 BBY
In the
Fall of the Jedi
era
Part of the
Marvel Comics Age Of Republic Series
Collects
*see book profile for details
Good
7.2
7.2
7.2
Community Rating
#
in the
Youtini Reading Order

This trade paperback collects four issues from Marvel's Star Wars: Age of Republic series. Readers are treated to never-before-seen adventures that add depth and nuance to Qui-Got, Obi-Wan, Anakin, and Padme as well as two short stories from the Age of Republic Special.

This is the Age of Star Wars - an epic series of adventures that unite your favorite characters from all three trilogies! Join the greatest heroes of the waning days of the Old Republic. Witness the never-before-seen moments that define them, the incredible battles that shaped them - and their eternal conflict between light and darkness! Considered one of the greatest Jedi Knights - or the one who led them to their doom - maverick Qui-Gon Jinn is known to bend the rules, and it's gotten him into plenty of trouble with the Council. Now, in the face of a mission gone awry, he's forced to confront his conflicting beliefs. Plus, Anakin Skywalker! Obi-Wan Kenobi! Padmé Amidala! And Master Yoda! 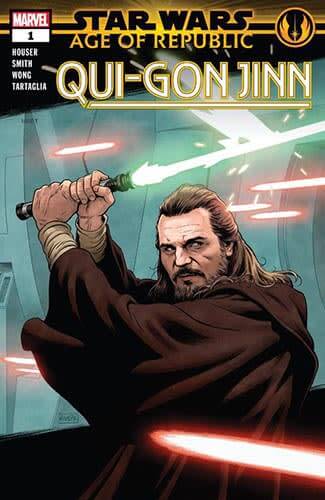