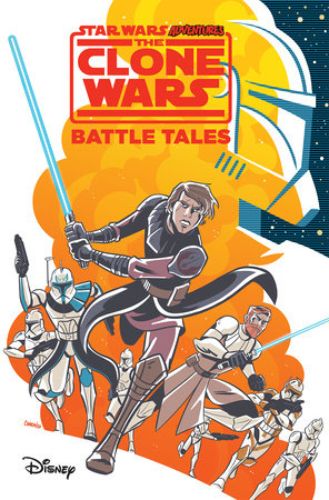 Star Wars Adventures: The Clone Wars – Battle Tales 1 is the first issue of the upcoming canon comic miniseries to be published by IDW Publishing. It will be written by Michael Moreci and released on April 1, 2020

While Obi-Wan Kenobi, Anakin Skywalker, and other Jedi Knights fight against incredible odds, Commander Cody, Captain Rex, and other clone troopers are pinned down for the duration, swapping war stories that feature favorite characters from The Clone Wars animated series, such as Padmé Amidala, General Grievous, and many more!